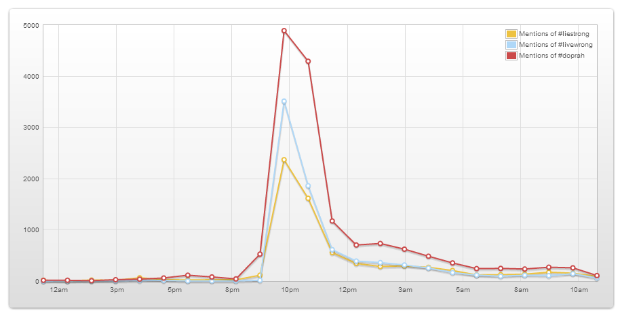 We have a ton of content today in our daily roundup of select news for the social TV industry. As usual, we have selected articles about upcoming TV programs, the most recent ratings, hardware, industry people, technology, deals, lots of sports, the Latin market and releases.

There’s a lot happening in the TV industry and we work to give you a daily advantage. Thanks for reading and let us know what you think!

The Sporting News breaks down the conference championship games on Sunday.

Maine Public Broadcasting Network has set up a telephone line to help “Downton Abbey” fans find alternative watching times for those that will be watching Sunday’s AFC Championship game between the New England Patriots and the Baltimore Ravens.

“American Idol” returned to FOX as Wednesday’s top show, but its ratings were down 19 percent from last year’s 21.9 million viewers and adults 18-49.

Read the article, via Zap2it http://blog.zap2it.com/frominsidethebox/2013/01/tv-ratings-american-idol-premiere-down-significantly-from-last-year.html

Local anecdotes about social media and TV from Milwaukee.

Nearly two-thirds (61 percent) of social media users who “fan” social media pages are choosing to follow brands and retailers—beating out celebrities and TV shows, which are followed by just over half of users.

Research conducted by the social-media analytics firm Infegy — which has ad-agency clients such as MEC and Ogilvy PR — found that Twitter was far and away the most “social brand” of 2012 with mentions in more than 2.8 billion posts. Runners-up Apple and Facebook were far behind, with mentions in roughly 1.1 billion and 1 billion posts, respectively.

Set in Bohemia in the 1890s, the ad tells the story of a town’s clock that influences time to enhance the wellbeing of the public – either by accelerating time for a boring task to go faster, reversing time to avoid an unfortunate event, or pausing time to allow a precious moment to last longer.

Twitter gave its official blessing to nine new companies. Shoutlet, Adobe Social, Percolate, and others can keep selling their Twitter services without fear of being shut down.

The sale of the building at 550 Madison Avenue, designed by renowned architect Philip Johnson, will result in an operating income gain of approximately $7.6-million, Sony said.

Read the article, via Globe and Mail http://www.theglobeandmail.com/report-on-business/international-business/asian-pacific-business/sony-sells-new-york-headquarters-for-11-billion/article7509230/

They’re rooting for a Harbaugh storyline.

“With respect to the perception of the game and the player safety issues – those are very, very important issues that potentially could affect the viewership. I’m hoping and am confident that the NFL can . . . take the steps to make the game safer, ” Sean McManus, chairman of CBS Sports

Within the first two minutes of the disgraced cyclists much-hyped interview with Oprah Winfrey, Armstrong admitted to taking banned substances, including EPO, testosterone, cortisone as well as using blood transfusions throughout his career, and lying about it for years. Article gathers Twitter reactions.

Read the article, via CBC http://www.cbc.ca/sports/community/opinion/2013/01/hockey-night-in-canada-set-to-kick-off-exciting-60th-season.html

Will former TV exec be able to transform a conventional media company of primarily newspapers and television stations into one that will prosper in the digital age?

Read the article, via THR http://www.hollywoodreporter.com/news/jane-pauley-host-baby-boomer-413373

Gossip Girl may be over, but Gossip Girl: Acapulco is just beginning! Yep, Mexican Gossip Girl starts up in July.

Read the article, via Vulture.com http://www.vulture.com/2013/01/mexican-gossip-girl-coming-to-tv.html

“Let me be clear. We are not competing with advertising agencies at all,” says Jessica Rodriguez, Univision’s EVP of program scheduling & promotions. “This is media planning related to our assets. We will continue to work with [external] ad agencies the way we’ve done in the past.”

French private broadcaster TF1 will launch a synchronized second screen service called Connect on 2 February while kicking off Shine France’s new season of The Voice. This free service will deliver synchronised content to smartphones, tablets and computers, allowing viewers to get an enriched TV experience during TF1 entertainment shows.

Sky 1 and Warner/Shed owned Twenty-Twenty Television are working together on the pilot for an interactive quiz show using Monterosa’s LViS Studio platform to power the second screen play-along feature.

Read the article, via The Drum http://www.thedrum.com/news/2013/01/18/sky1-pilot-interactive-second-screen-quiz-show-hosted-sara-cox