CNN had the most social buzz overall while NBC was tops for broadcast on Election Day, according to Trendrr reports on Wednesday morning. Read more

The 2012 election is the first truly “social” presidential cycle. Candidates from major and minor parties alike are plastered all over the most popular sites, with presences on Facebook, Twitter and YouTube, not to mention Tumblr, Reddit, Quora and many others. Read more 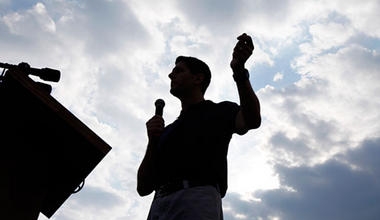 Tune in Thursday night, then, when Vice President Joe Biden faces off against GOP vice-presidential candidate Paul Ryan, and sparks are almost certain to fly.Given the “attack dog” role that most VP candidates assume, its not surprising that vice presidential debates are often heavy on aggression, and contain some memorable one-liners. Read more