The reverb from Fox’s threat to leave the broadcast airwaves continues and inspires the FT to report on the changing television business, making for the top story on our mid-day must-read news stories from around the web.

The NCAA multiplatform coverage http://www.ncaa.com/march-madness-live/ reported some 1,680,850 related tweets, peaking at 57,567 per minute toward the end of the game. Read more 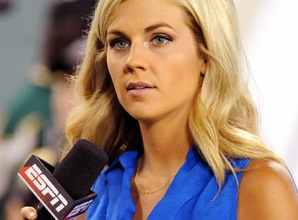 The job is an odd mix of sports knowledge and sex appeal, journalism and entertainment. When done with a editorial bent by the likes of Jeannine Edwards, Andrea Kremer or Michelle Tafoya, sideline reporting can be an invaluable service to sports television viewers. Read more