While the season finale of ‘The Amazing Race’ and ‘The Mentalist’ hardly dented the Social TV charts last night, they did impact the Sunday evening ratings.

CBS held the night sparked by 10.5 million viewers for ’60 Minutes.’

Sports were the focus of the weekend on the first screen and the second screen. Read more

Let Sweeps Season begin! Season finales, cliff hangers and cancellations as well as moves for next season all coming into view. Check out our daily roundup of Social TV must-reads. Read more

On a bright and sunny day in New York City, with a bunch of our friends at a Social TV conference on the Manhattan waterfront, we are doing the heavy lifting with today’s midday roundup of fresh news articles. Read more 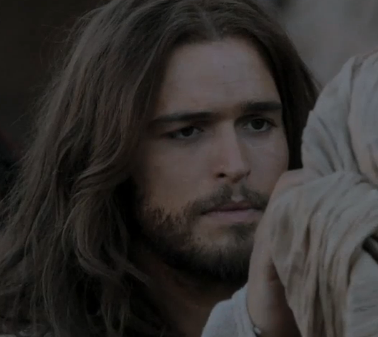 Diogo Morgado of "The Bible" on History Channel

Good Friday to all of you. As we head into this holiday weekend, we are looking forward to great weekend TV with lots of NCAA Basketball — March Madness plays through the Elite Eight teams and will undoubtedly dominate social buzz, as it did on Thursday. Read more

March Madness returns to air tonight with the broadcast of Sweet 16 rounds on CBS and TBS and your second-screen device. The tournament, so far, has been both a ratings and social bonanza. Read more

Who says the U.S. doesn’t appreciate soccer? Last night, soccer dominated social mentions for both broadcast and cable, knocking NBC’s The Voice down to a third-place showing. We take a look at the numbers.

The ratings success of the NCAA basketball tournament — March Madness — is translating into digital success and not cannibalizing in-person attendance, we learn today. Read more

Video highlight from Monday night on ESPN: LeBron James of the Miami Heat dunks on Jason Terry of the Boston Celtics in an NBA game that generated more than a million mentions across social media.

Celebrity Apprentice hardly dented the Social TV charts last night, but as we were watching (our guilty pleasure, don’t judge), we realized that Crystal Light was a huge product placement and sponsor of the show, so we checked out Topsy.com analytics for mentions of the show and the product. Read more

College basketball’s March Madness begins with Selection Sunday on CBS, and we are looking forward to following the social TV buzz surrounding this annual event that really illustrates the power of social media and television and live sports. Read more