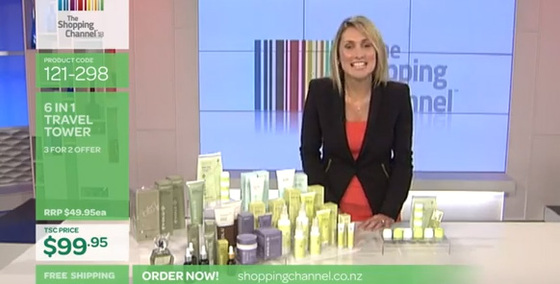 Last night, the NBA Playoffs had a rare open night and the NHL buzz dominated while “American Idol” stayed atop the broadcast Social TV buzz. Check out what the top shows were trending last night, read the top Social TV tweet, all right here.

Sports is one of the hottest areas in Social TV and rules the buzz weekdays and weekends. Check out the weekend sports schedule, sports highlights, and top tweets in our sports roundup, right here.

Our top pick of must-reads at mid-day comes from VR-Zone, taking a look at ACR technology.

Read this and so much more today, including app news, ratings, advertising, upfronts, earnings, hardware, deals, people, more sports and news from the Latin Market.

Give a read and let us know what you think!

There’s a reason social app Pheed has catered to the creative community in the six months since it launched. It’s an amalgam of sites like Instagram and video and audio sharing apps, where creatives can retain rights to their content and monetize it if they want.

British fans of the Eurovision Song Contest are used to hearing tongue-in-cheek commentary while watching the annual event, but in 2013 they’ll also be able to browse the lyrics for each song as it’s performed. This year’s contest has spawned an official app, released for iPhone and for Android, which is designed to offer second-screen features while the event airs on television.

AMC’s “Walking Dead” doesn’t break the top-50 list in the Nielsen ratings. But in Optimedia’s Content Power Ratings, released this week, the Zombie-themed show was the No. 1 ranked network program of the 2012-13 TV season.

In response to yesterday’s open letter to the Web video ad seller community from a cadre of top digital buyers, IAB president and CEO Randy Rothenberg fired off an open letter of his own to the digital gang of eight, which includes Digitas’ Adam Shlachter, Zenith’s John Nitti and GroupM’s Rob Norman.

We’re less than 100 hours away from the start of upfronts, the weeklong TV industry tradition in which broadcasters (and, recently, a few cable networks) try to convince advertisers they’ve had the Best Development Season Ever and sponsors best buy lots of commercial time in the new shows because everybody in America has already set their DVRs to record them.

2013 Upfronts: ”About a Boy’ among five new series orders from NBC

Marcus (Benjamin Stockham, left) and Will (David Walton) play in the pilot for “About a Boy.” (Jordin Althaus / NBC) On Thursday NBC announced it was giving series orders to five pilots, including new shows from industry heavyweights J.J. Abrams, Jason Katims and James Burrows. In “The Family Guide,” J.K.

Sony Returns to Profitability in 2013, Looks Ahead to PS4, TV Recovery

Troubled 2011 is behind it, but much work remains Sony Corp. ( TYO:6758), one of Japan’s largest companies, in its fiscal 2013 reversed its money bleed from the prior year, despite some of its units struggling.

I used to talk about my Roku streaming player a lot; I’m a big fan of the device. I’m currently using the latest Roku 3 after my old Roku somehow disappeared during a cross-country move. Funny thing about the gadgets we use; after a while we take them for granted and stop talking about them.

Yahoo! Inc. (YHOO) Chief Executive Officer Marissa Mayer is exploring whether to bid for the Hulu LLC streaming-TV service, people with knowledge of the matter said. Mayer met this month with Hulu senior executives to learn more about the site, said one of the people, who asked not to be identified because the talks are private.

Vogue is joining Condé Nast Entertainment’s expanding digital platform. CNE unveiled the new video channel, which marks the third in the company’s new digital video network. CNE announced slates for GQ and Glamour earlier this year. Programming for the Vogue channel will include six original series inspired by the iconic brand.
Read the article, via THR

Summary: The largest mass media conglomerate in Brazil declared yesterday that none of its content would be promoted on Facebook. But shouldn’t the company be exploring the future rather than ignoring what users want?

First, there were rumors that producers of “ American Idol ” were considering replacing pop icon Mariah Carey with former judge Jennifer Lopez . Now there’s speculation that all four judges – including Carey’s sparring partner Nicki Minaj , Keith Urban and veteran Randy Jackson — will get the sack in an attempt to jumpstart the series, according to the Wrap.

Hearst Magazines, the publisher of such venerable titles as Esquire and Cosmopolitan, said on Wednesday that it was creating a new position, president of digital media. The job will go to Troy Young, 45, who will be responsible for content, revenue production and development strategies for Hearst Magazines’ 26 online properties, which include Cosmopolitan.com, Elle.com and RealBeauty.com.

ESPN US wants to keep its mobile content flowing, despite data caps

Sports-focused content network ESPN wants to ensure that users keep watching its content on their mobile devices, and to achieve that, plans to work around data plan caps. According to the Wall Street Journal, ESPN is having discussions with at least one major US carrier to subsidize wireless connectivity to ESPN.