Our look at daily sports news, as told in top tweets: Read more

Sunday night’s Billboard Music Awards were the biggest Social TV event since the Grammy Awards back in January and spiked in the ratings as the top story in our mid-day roundup of Social TV must-reads.

Shaquille O’Neal is one of two finalists for entertainer of the year in the Sports Social TV Awards that will be presented on May 29 in Los Angeles. The Smart Planet website today takes a look at O’Neal and how he uses social media as our top story in our mid-day roundup of must-read Social TV articles. Read more

Three things you should read this morning — “The Office,” TiVo and real-time, and TV app startup, SimulTV. Read more 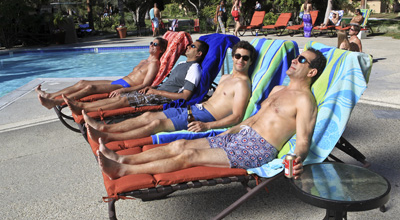 For next fall, the network is increasing its comedy lineup with four new program, expanding its comedy block on Thursdays from 8:00-10:00 PM and creating an encore hour for comedy broadcasts on Saturdays.

Last night, 9 of the top 10 Social TV shows had more than 100,000 mentions on Facebook, Twitter, GetGlue and Viggle, Trendrr said this morning.