Let Sweeps Season begin! Season finales, cliff hangers and cancellations as well as moves for next season all coming into view. Check out our daily roundup of Social TV must-reads. Read more

We can’t wait for Feb. 28 to see who wins the Latin Social TV Awards. Check out our announcement of the finalists in nearly 20 categories in the first awards that honor excellence in social TV for the fast-growing Latin market. Read more

Guide to Grammys, via Infogram 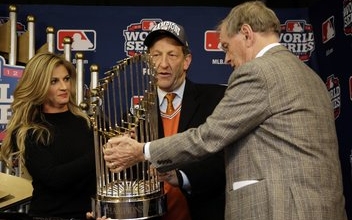 Despite the one-sided nature of the 2012 World Series, which resulted in three non-competitive games and a San Francisco Giants sweep, a lot of people watched Game 4 on television:

Mike Darling, CEO of Tomorrowish, walks through a demo of Social TV technology at the TVOT12 conference in San Francisco.