“Big media has always been the way things blow up from the grassroots into the culture,” said BuzzFeed editor in chief Ben Smith. “One step in the process is the mainstream media catching on,” he said, but that doesn’t mean that the interest is inauthentic. Read more

Political discourse takes on the face of social networking | McClatchy

Not long ago, TV was the overwhelming voice in the political conversation. It consisted of campaigns talking at us, often in ways that drove us batty.

Today, the television is but one of the screens battling for voters’ attention. Read more

The 2012 election is the first truly “social” presidential cycle. Candidates from major and minor parties alike are plastered all over the most popular sites, with presences on Facebook, Twitter and YouTube, not to mention Tumblr, Reddit, Quora and many others. Read more

Last week’s first Presidential debate broke a Twitter record. With over 10 million total tweets coming in from start to finish, it became the most tweeted-about event in U.S. politics. Could the Vice Presidential debate live up to that sort of social media chatter? Read more

Tune in Thursday night, then, when Vice President Joe Biden faces off against GOP vice-presidential candidate Paul Ryan, and sparks are almost certain to fly.Given the “attack dog” role that most VP candidates assume, its not surprising that vice presidential debates are often heavy on aggression, and contain some memorable one-liners. Read more 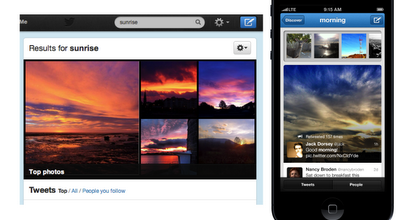 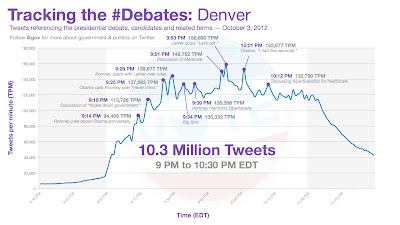