Samsung captivated New York CIty yesterday with a presser and launch party for the rollout of its Smart TVs #SamsungSmartTV. Held at the Museum of American Finance on Wall Street, the evening event featured a step-and-repeat with photogs, and demonstrations of the product with open bar and edibles. Read more

Tonight, Idol and Glee go back-to-back on Fox. Will that dominate the social conversation? Read more

What Was the Social TV Community Reading Last Week?

Last week started with the Grammy Awards on Sunday night, going up against Downton Abbey on PBS. During the week, we launched our exclusive coverage of the Social TV Thought Leadership Roadshow in New York as Viacom and Zeebox announced a deal and Viggle announced earnings. Read more

CBS rules the ratings, but how is it doing financially? How about Discovery, with all its acquisitions? Read our daily must-reads and find out.

But there is just so much more. What? Yes, indeed. Daily we scour the Internet for the most recent news for social TV professionals and compile it into our noon report and share it with you. Read more

The three-day Social TV Thought Leadership Roadshow wraps up in New York City on Thursday afternoon but coverage and community will continue on our website and social media channels. Let us know that you’ve been following our coverage, including today’s stops at New York agencies Dentsu and 360i as well as Moxie in the afternoon. Read more

The news that Nielsen is acquiring Social Guide flashed through Twitter and the #socialTV community on Monday as the deal was announced with an early-morning press release. 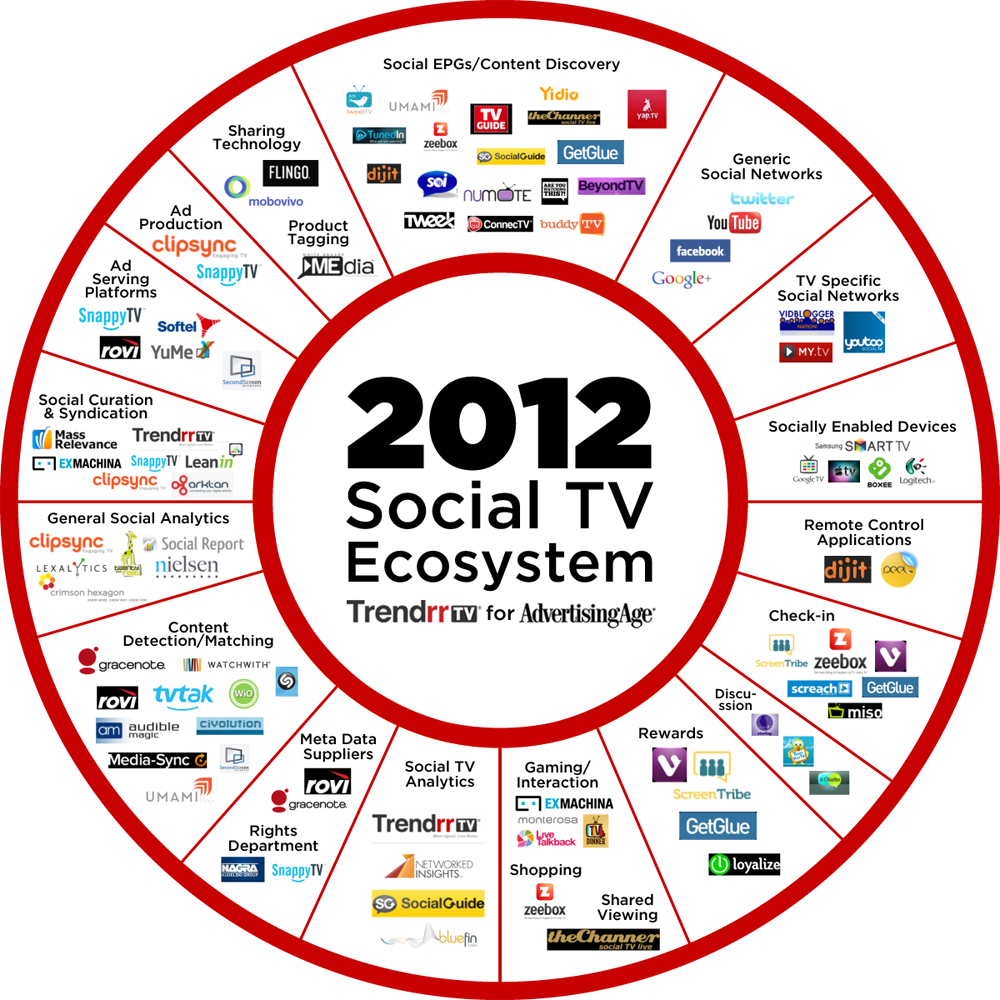 Why social media is critical to the future of TV | Simon Mainwaring. Read more

Chart of Adult Use of TV Online

Among online US adults, about two in five (43%) say they have gone online or utilized social media to comment, post, watch or read something about a television show or program, according to a recent24/7 Wall St./Harris Poll on Social Media and Television. Read more

Video Interview with Kevin Frazier of CBS’s The Insider

Kevin Frazier of The Insider, via Social TV Daily on YouTube Read more