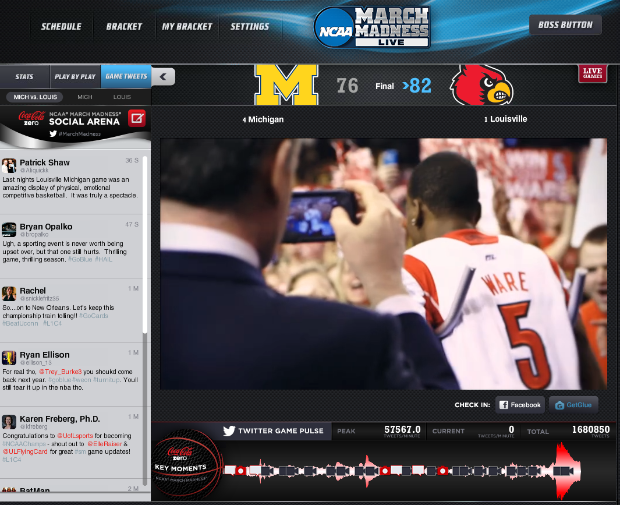 The NCAA multiplatform coverage http://www.ncaa.com/march-madness-live/ reported some 1,680,850 related tweets, peaking at 57,567 per minute toward the end of the game.

Trendrr measured some 2,237,494 comments by 908,459 people on Facebook, GetGlue, Twitter and Viggle, the researcher said this morning.

NBC’s “The Voice” was second on broadcast and third overall with 310,657 mentions, followed by “Dancing with the Stars” with 119,136 mentions.

Why We Love Sports Today: The baskets being lowered so Kevin Ware could cut down the net » twitter.com/SportsCenter/s…